My old school being demolished for a tube station... Hawley Infants Camden Town 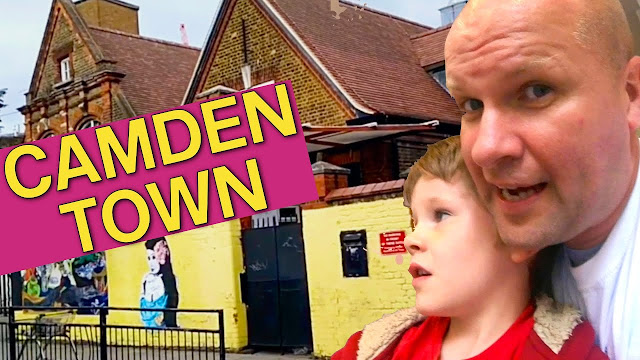 This is a video I've wanted to put together for about 4 years. It jumps around a bit.
I went to Hawley Infants School in Buck Street, Camden Town, London NW1
It's now called Hawley Infants and Primary School and it's moved. So now the old school is due for demolition. It's to make way for a new Camden Town Tube Station entrance.

I went to visit it twice, in 2017 and 2019, after going to a closing party in 2016.
It was significant for me, because my kids are the same age I was while I went there in the sometimes bleak 1970's. Everything I remember about the place, I put in this blog post here:
https://neilmossey.blogspot.com/2016/03/hawley-infants-school-buck-street.html

An aggressive pusher was always lurking in Buck Street... will I even be able to shoot the video?

My old school being demolished for a tube station... Hawley Infants Camden Town

I went here in 1975... I think, 76?
Definitely '77 because we had the Queen's Silver Jubilee party here, and it's being closed down for-- If I go on the other side of the road.
I can never go on the other side road because the aggressive looking pusher - oh, he's back!
This is what it looks like today.
Hello I'm in Stucley Place, in Camden Town.

This is Buck Street.
Now I'm a quick look around, because every time I've had the camera out there's always some aggressive looking pusher over there - but some community police officers just walked past... which means that finally I can make the video of what has happened to my old school!
Hawley Infants - and here it is! I'll get out of the way now.

[Music]
This was the playground.
This is what it's looking like in 2019.

There was a party when it was leaving and let's run some footage of that now.
Look I've got the year in the corner: it was full of life and this was the last term, the last summer in this building in Buck Street, Hawley Infants - it was fantastic.
And this is what it looks like today 2019.

Yeah I'm not sure my stories are going down well at all - but they're both the exact same age that I was with my sister in this photo!
So next I wanted to recreate this picture with ME standing in the exact same spot in the playground as Dad.

We didn't quite get it right... the kids aren't in fancy dress and look I haven't even got Dad's Fred Perry jumper.
There's not even any food in this one, and the kids are really fed up, so I tried it again and now the kids are just plain angry.
So I didn't quite capture the spirit of the Queen's Silver Jubilee there - so next I tried recreating something else and it's something that used to terrify me when I was six.

I just needed to find the old television room...
I'm gonna do it.
I'm back in the room where it happened, and we're watching it together.
This is the exact spot where I used to sit on the floor and watch this really scary bit of telly.
[Music]
[Music]

[MUSIC]
It's being demolished for a new entrance for Camden Town tube.
It's looking a lot better. When I was last here, let me show you some footage of last year.
I'll put the year in the corner. That's what it used to look like.
They've cleaned it up, which is nice.
And, I don't if I can-- Right this is back to 2019, this is late August.

I don't know if you see -- this is where the nursery was.
I've got some photos of- of in there. Dunno if I can zoom in.
And it was in there that I managed to - on my first day they've got this brand-new donkey from Spain - a sort of stuffed donkey and I managed to paint it purple.
So it literally lasted about a week.

But then I moved over to Miss Collier's class and then Miss Hammond's class and she became the headmistress when I left.
Look at the old Victorian Tower. It's all gonna come down and then the-- and then the-- the nice gates that were here a few years ago... they've obviously moved to where the new school is now, and these are what the gates look like now. Yeah, it's gorgeous.
Uh-oh, getting bad looks again. (OFF SCREEN) "YO, BIG MAN..."
[MUSIC]

And this is what the gates look like now.
Not quite the same is it.
I've got some cars behind me.
I'll give you the full effect in a minute.

Those beautiful gates obviously not there anymore. That's it. Bye bye Hawley Infants. This is one year on.
So that's it! That's my memories of Hawley Infants from the last two years in one video.
I don't know if I'm in focus - I'll keep going.

I hope if you've managed to get to this point in the video, why not click the thumbs up just to let me know someone reached this point.

You never have to watch any of my videos again but why not hit the subscribe button - that helps me get paid for these. Anyway thanks for watching and leave some comments if you ever went to Hawley Infants yourself, it would be brilliant to hear from you.
Looking there so I don't get my-- moped mugged! If you went to Hawley Infants, why not leave a comment in the comments below be lovely to hear from you - like I say I was there from 1975 to 1979... It'd be good to hear your your memories of this place, thanks for watching.
Can you please help my daddy get 10,000 subscribers. Just click in his face. Thanks bye! Alright, this is gonna be the proper one, right?