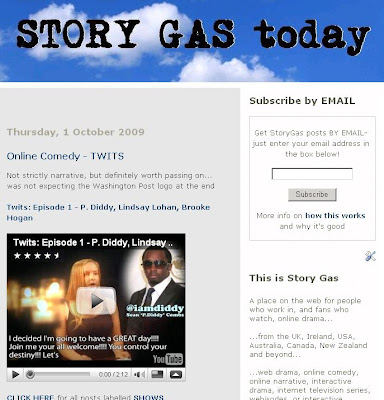 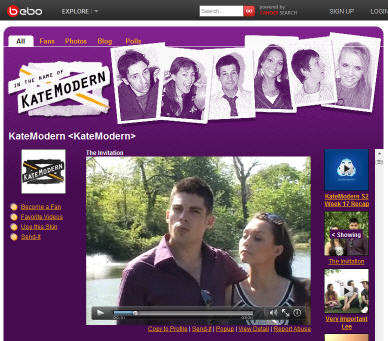 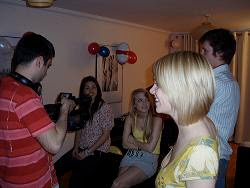 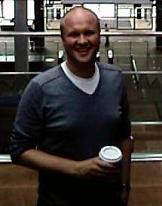 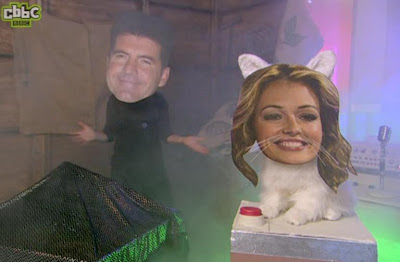 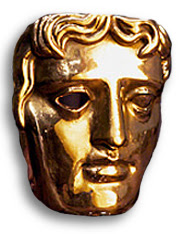 Simon Cowell says:
"AND I SHALL BE THE JUDGE!"

http://www.baftascotland.co.uk/Awards-2008/nominations
Posted by Neil Mossey at 11:26 No comments: 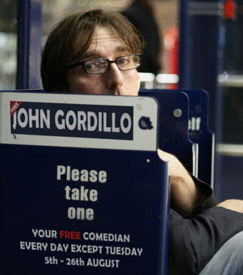 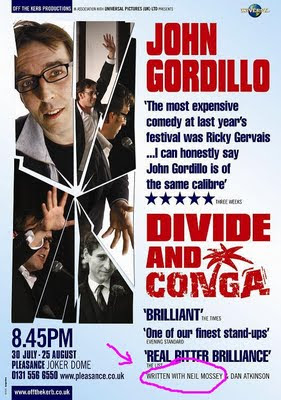 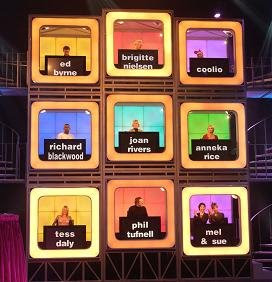 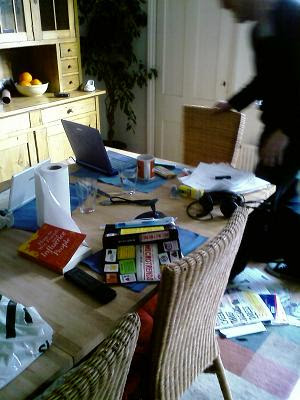 This is what writing with a stand-up actually looks like.

There's probably some hints in there about some of the topics coming up in John Gordillo's 2008 Edinburgh Show, "DIVIDE AND CONGA".

We've been working together over the year in sessions that look much like this.
Probably best I don't share what they sound like - saying wrong things out loud in a bid to get to the things John wants to say in public.

A mate once best dubbed this process as performers gaining "mouth rights" over the material.

One month left for some more 'mouth wrongs'...
Preview gigs are linked here.
Posted by Neil Mossey at 09:30 No comments:

KateModern - Out on a high 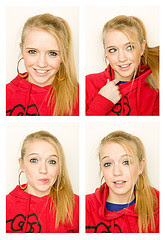 Season 2 of KateModern comes to an end this week. It has been a phenomenal experience writing episode scripts and storylining on this show - the best writers room experience with Luke Hyams and Lawrence Tallis - and a frontline lesson in what works for this genre and medium.
There is a true difference between online drama and "TV show broadcast on the web".

The wiki maintained by the fans of KateModern and lonelygirl15 is here:-
http://www.lg15.com/lgpedia/index.php?title=Image:KM_Portal_Season_2.jpg

Here is a GMTV behind-the-scenes shoot:-


And an article in today's SUN.
http://www.thesun.co.uk/sol/homepage/showbiz/tv 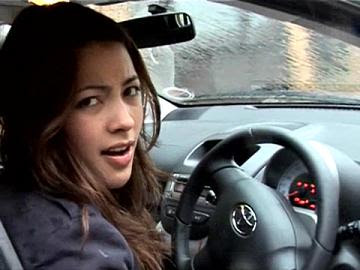 All my KateModern links can be found by clicking on here.

And I'll be talking at the SCREENWRITERS' FESTIVAL 2008 in Cheltenham on Wednesday 2nd July in the session: Online and Multi-Platform narratives.
Posted by Neil Mossey at 10:03 No comments:

From time to time, I am asked to speak at conferences and presentations about what it was like writing on the web series lonelygirl15 and KateModern. These events usually ask for a biography to appear in their brochure.
Here is my online writing biog...

Neil grew up in Central London, and worked solely in television and radio before writing on Season 2 of the daily interactive web drama KateModern (storylining over 26 weeks, and scripting 74 webisodes). The series ended in July 2008 clocking up 66 million video views, the largest UK online production to date.

As a comedy producer at the BBC he was responsible for developing new formats and drama in the Comedy Entertainment department with writers and performers(including “Stockport So Good They Named It Once” starring Dominic Monaghan and Jason Done, “Head Over Heels” starring Daniela Denby-Ashe, and co-writing the BBC’s first daily comedy series “The Recommended Daily Allowance with John Gordillo”).

www.neilmossey.com
Posted by Neil Mossey at 16:40

Fourth Hedz Better Than One

BBC TWO this week transmit the sketch show HEDZ for the FOURTH TIME!
(Writer on this last summer). 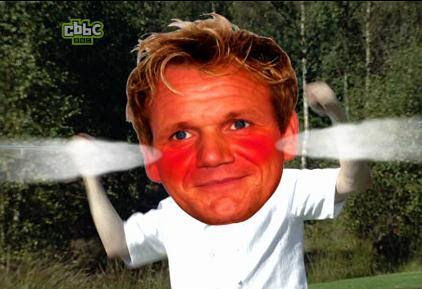 Hurrah for us and BBC Scotland.

N.B. If you're here, you'll probably be interested in this site the BBC are beta testing- It's a permanent home for a list of upcoming and past transmissions of BBC shows.

http://www.bbc.co.uk/programmes
Posted by Neil Mossey at 12:43 No comments: