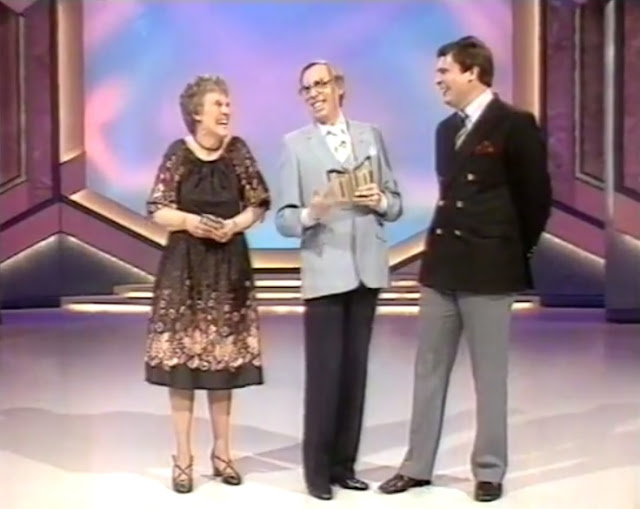 This is probably the first VT I ever produced - which means it’s the first bit of TV where I found the clips, shot the speaker and put it all in the right order for it to be played to a studio audience and out on BBC One (which was then called BBC1).

Found it in the loft - and don’t know why I feel like I need to put it out there.
I’m still really proud of it and stuff from exactly 20 years ago was on my mind (weirdly before all of the Diana deathiversary stuff came up this summer).

This was big for me for a bunch of reasons...
DV tape cameras were the new thing in 1997.
Before then, you had to book a full crew to shoot anything at the BBC (or anywhere else in TV).
There are good reasons for this - as the rubbish picture and sound quality in that clip shows. But it meant that quickie talking-heads items were expensive to make - especially as John Birt had just introduced “Producer Choice” - an internal market for putting a cost value on everything that the BBC did.

I was very junior on the team, and like now with youngsters and their online skills, I was the one to put myself up for an afternoon of training on turning these cameras on and pointing them in the right direction.

The second thing that was awesome was that I watched every single Larry Grayson show I could get my hands on. It’s funny, but the “Birt Bucks” we saved by shooting ourselves on this new camera were completely blown by the BBC archive charging £10 for every VHS tape we borrowed - wathcing and reusing clips suddenly became very expensvie with the fake internal market Birt Bucks...

The third goes way back. I grew up in NW1 and went to school in NW3. I’d go visit and play in some very nice homes in Hampstead - with families who were really friendly - but these were other worlds. Gothic piles with crazy number of floors, compared to our 1970’s converted upper maisonette.

To be going on my first shoot, back into one of these buildings - Boy George’s internationally famous home - somehow felt like I’d made it.

He was really polite - that special purple hat is something I now spot through the decades with glee - but we were rightly escorted into the room and nowhere else, did it, and then left. Then the happiest week of slamming his story between those bits of Larry Grayson gold - on 2 VHS machines linked together by a controller that laid each clip down one at a time. I think I did a thing where the two audio tracks could overlap each other by putting Larry on the left and George on the right of the stereo. It was so much more fun laying things down and seeing what worked in a linear way, tape-to-tape, than the precision you can fiddle around with now. Maybe the decisions were bolder - it seems to take exactly the same amount of time to edit things with computers now.

I took that VHS I’d made in the office into a VT booth at Television Centre, and then the brilliant VT editor, Nick Peto, made it sing. Using the actual tapes of the shows on a bank of D3 machines that hummed and whined as he tweaked in and out points of the footage, showing me tricks that made the thing rock along.

My only regret is that the Airman marching at the end of the bit ran long at the end of my version, and was cut for time in the final show. It’s still in the loft somewhere. I’ll put it up when I find it.