How to buy Ethereum with PayPal 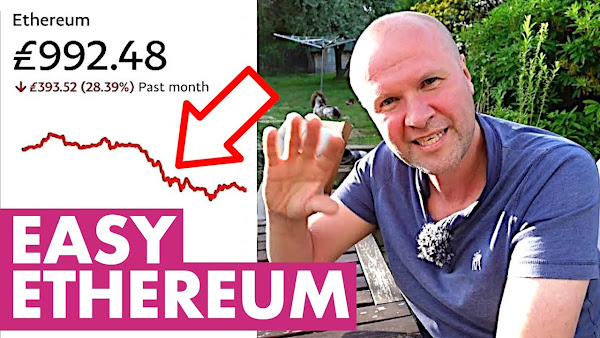 How much my Bitcoin is worth NOW is on this playlist here: https://youtube.com/playlist?list=PLZfK4GUTQWxGnONg5Qk4Vun4n3U69NKae
Isn't it time you bought Ethereum? Here's what happens when I trade £200.


How to buy Ethereum for beginners?
I traded £200 Ethereum directly from PayPal, using my regular personal PayPal account: just using the crypto tab. I'm buying £100 of cryptocurrency over each consecutive week...
See how much it's worth now in the link above!
Every week (if I can afford it... this is a stretch!) I buy £100 of cryptocurrency...
If Bitcoin goes DOWN from last week, then I BUY
If Bitcoin goes UP then I will buy Ethereum or other cryptocurrencies.
TRANSCRIPT: (CLICK PLAY ON THE VIDEO ABOVE)