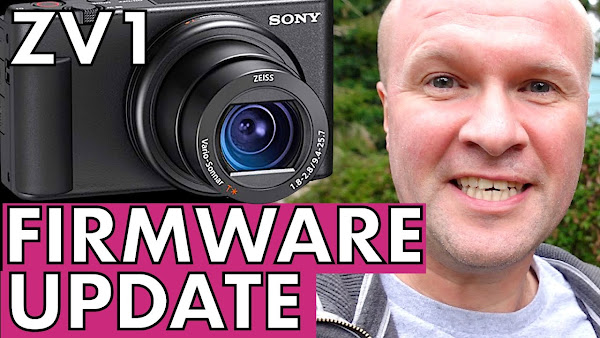 Sony have just released a firmware update for the ZV-1 camera!
It's version 2.00 (from v1.00) and has a new feature where you can plug the ZV 1 directly into a computer and use it as a webcam, with only a USB cable and no extra software or hardware!
The HARDEST part was dealing with an error message:
To start USB Streaming, unplug the USB cable.
Execute USB streaming function before connecting USB cable.
The solution is at 4:35


The Sony ZV-1 firmware update is here for Windows 10: https://www.sony.com/electronics/support/compact-cameras-zv-series/zv-1/downloads/00017149
And Version 2.00 firmware update for Mac is here:
https://www.sony.com/electronics/support/compact-cameras-zv-series/zv-1/downloads/00017150
0:00 NEW ZV1 FIRMWARE UPDATE! How to update ZV1 as webcam +USB cable Sony ZV-1 camera latest version 2.00
1:55 What is the latest firmware version for the Sony ZV-1 camera?
2:10 How to check for the latest firmware version on my Sony ZV1 camera
2:40 Where to get and download the latest system firmware update V 2.00 for the Sony ZV 1 camera.
3:00 How to set up the USB connection on a Sony ZV1 and connect the camera to a Windows PC. How to Execute USB streaming function before connecting USB cable.
5:20 How to set up Sony ZV1 camera for a zoom call with a USB cable
5:30 Where is the USB streaming function on a Sony ZV1?
6:10 How to connect and use a Sony ZV-1 camera as a webcam with Zoom.
TRANSCRIPT: (CLICK PLAY ON THE VIDEO ABOVE)