Going live on StreamYard for the first time on my YouTube channel, is it any good? 2021 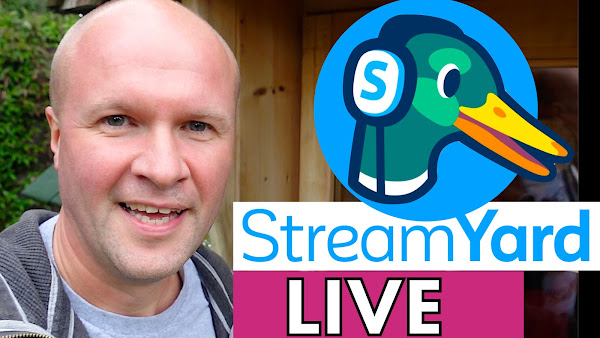 Going live on StreamYard for the first time on my YouTube channel, is it any good? 2021

0:00 Going live on StreamYard for the first time to stream on my YouTube channel, is it any good in 2021?
0:18 View of stream yard setup and the dashboard
1:09 Going live with Stream Yard
1:55 Does Streamyard distort music on the audio? Audio test with a guitar.
2:40 Tour of streamyard dashboard, how to write description for a live stream, vision mixing, screen share, graphics and lower third banners.
4:20 How to show live comments on screen during a live youtube stream.
5:15 Tour of my home youtube studio setup and lighting rig.
7:20 Mark A Wright on lighting his live music facebook live streams
8:00 Tour of my home set
TRANSCRIPT: (CLICK PLAY ON THE VIDEO ABOVE)