There's a basic theory of comedy that coupling the sacred with the profane is usually a good way to find the funny. 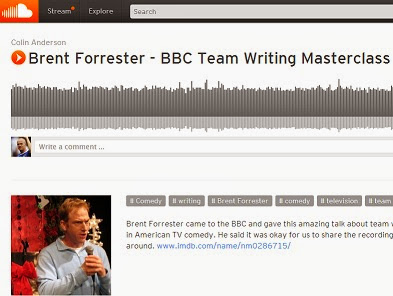 As Writers’ Room Guru Brent Forrester puts it: “Most jokes have at their core, a contrast between the sacred and the profane.”

So for example, urban hip hop breakdancing (PROFANE) cute babies (SACRED) -- is funny.
(like in ‘that’ water advert).
Z 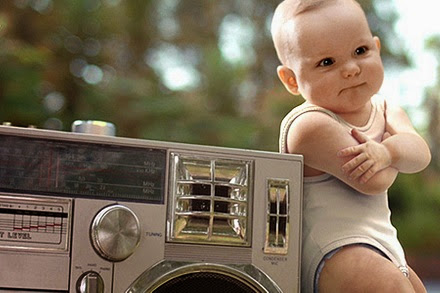 I’m trying to keep lists of The Sacred and The Profane, and bank them all right here.


So a Virtual Grandparent Video Game is sacred & profane,
double sacred is a hardback poetry book, or toddlers making progress,
and sponsorship on a rubbish truck is doubly profane...

So from these wrongs... a family hug in a boardroom, a burger and chips up a mountain top, a group shared moment of torture...
Doubly profane, having a one night stand on an advert dustbin...
doubly good, backing singers on a mountain top and the bicycle made for two. 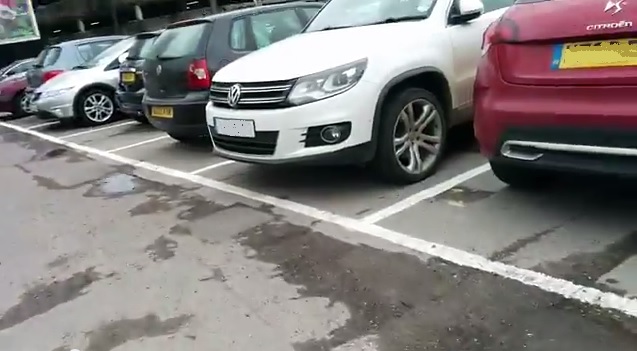 So... from these tiny lists, sacred and profane:

A reality show set in a nursery (which C4 are doing with "Secret Life of 4 Year Olds")
Loving a serial killer (death row dames)
Giving away free toilet paper
and
School projects to grow the best tobacco. 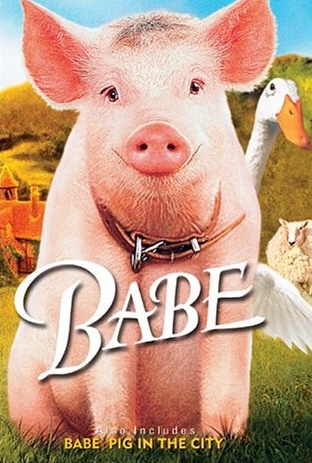 A toddler (sacred) who is a pig (profane) makes the Babe stories and films (Sacred and Profane). 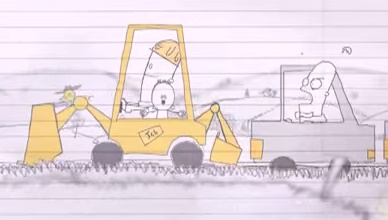 An accoustic song (Sacred) to a dad (family love = Sacred) about a JCB construction digger (Profane). 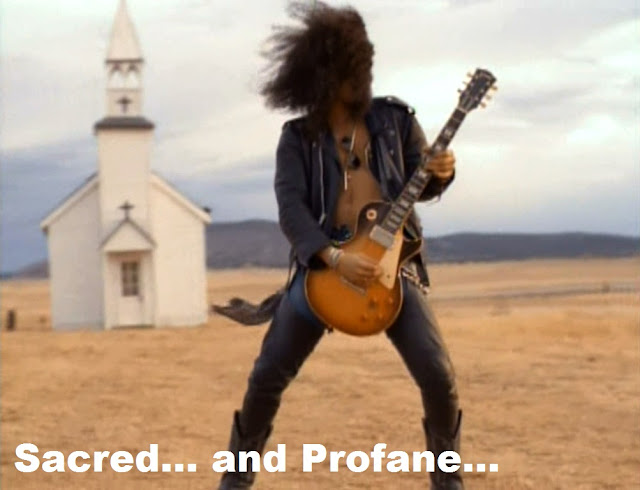 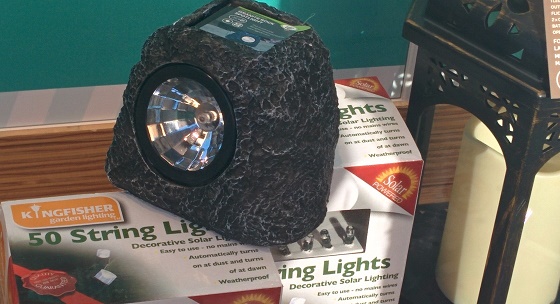 Photo of a rock (natural = Sacred) with an LED light embedded in it (technology = Profane)
Or... is it light (Sacred) coming from something hard and dark (Profane) 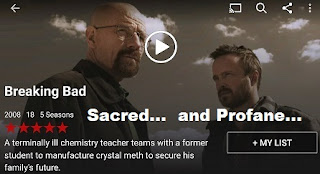 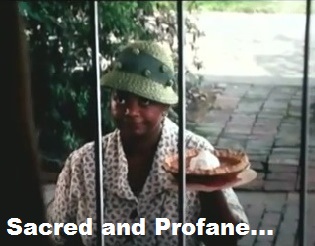 "The pie" from the Oscar winning film, The Help. 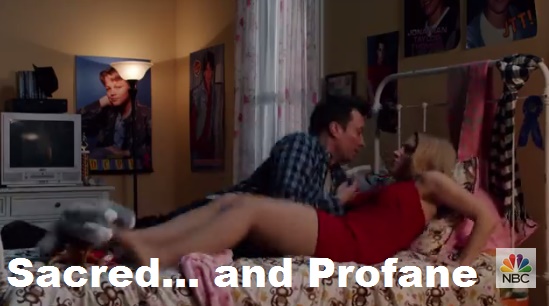 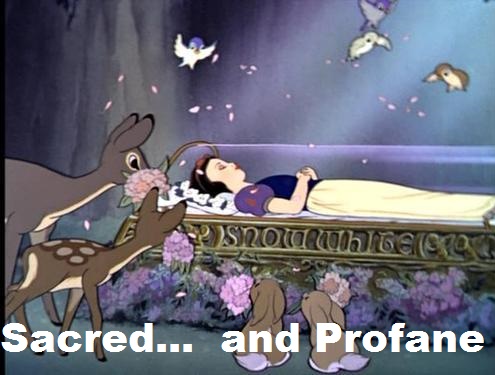 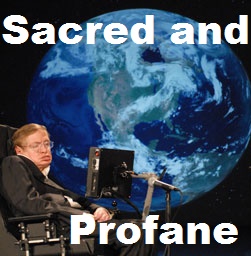 The imagery of Stephen Hawking 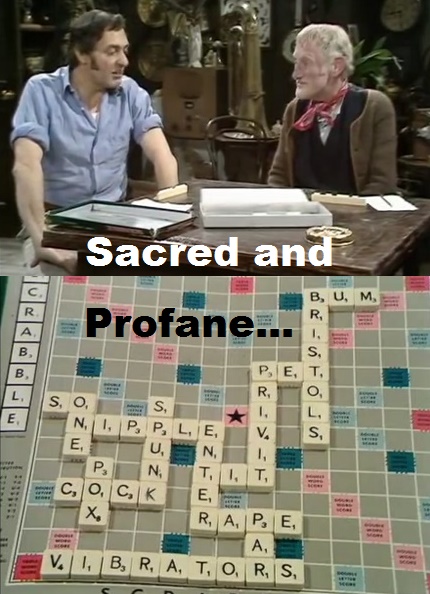 Language (Sacred) vs. Point scoring at all costs (Profane) 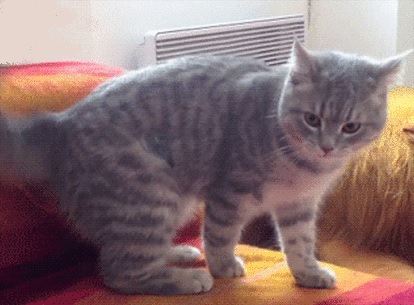 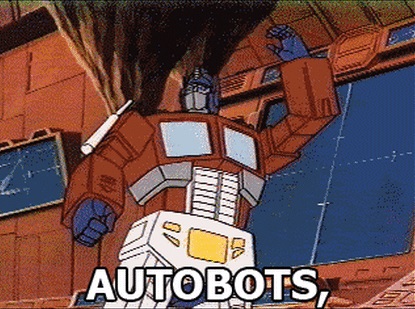 ...folding up into Autobot mode (profane) 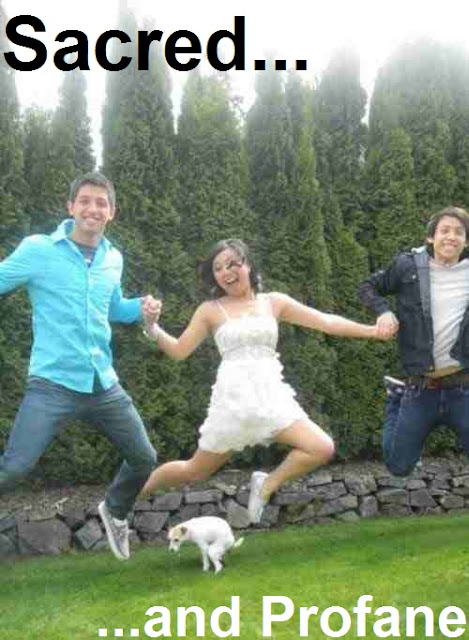 Dogs pooing in the back of family photos.

At first sight, it looks like
Family photos (sacred) vs. Excretion (profane)

There's a whole load of them online. 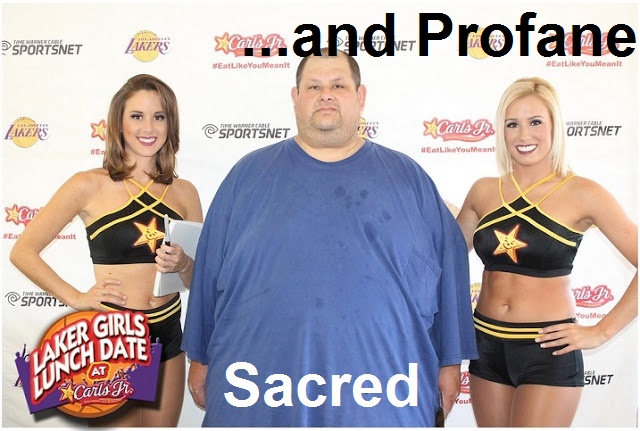 I'm finding it really difficult to get hold of any more "Sacreds"
- got loads of profanities, for some reason.

So before that well runs completely dry... behold... 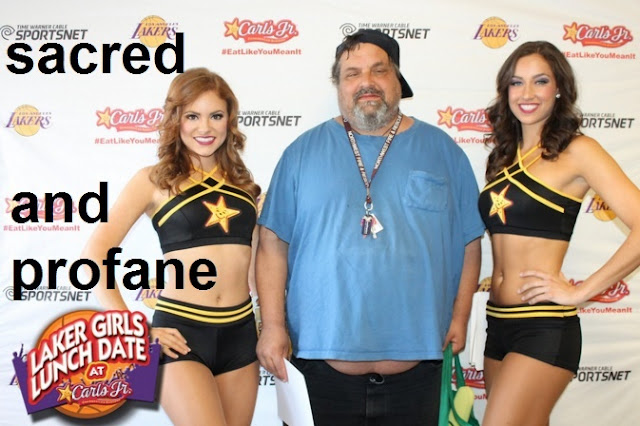 Who cares, there are bunches more here 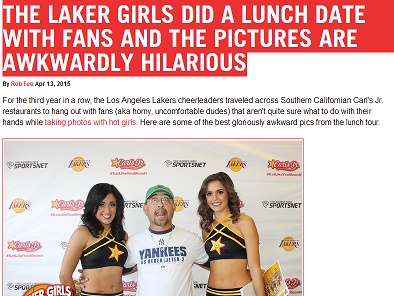 Oh Lord, won't you buy me, a Mercedes-Benz 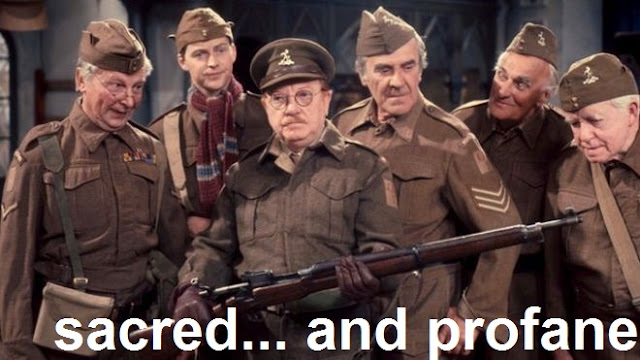 Meeting in a Church (sacred) to battle the Nazis (profane) 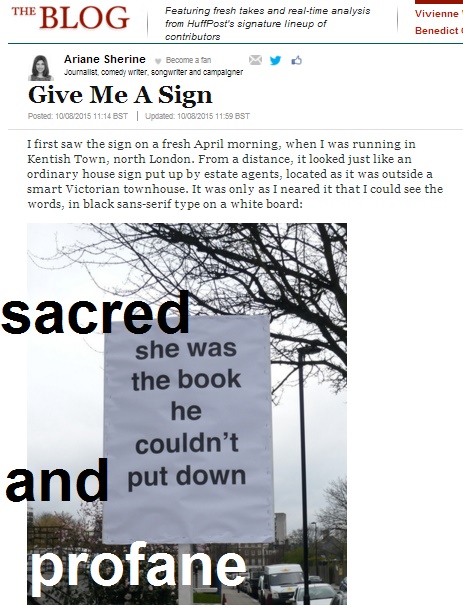 From this brilliant article by Ariane Sherine.

Basically, turns out there's a guy in Kentish Town (near where I grew up in London)...
and he puts his poetry up on estate agents boards outside his house.

It's lovely, and Sacred and Profane.

Sacred and Profane is a theory that art is more powerful when two ideas from the worlds of the Sacred and the Profane are combined.

So this is it.

And I've ended up with loads more Profanes than Sacreds.

I can't even put them in a nice table box, so here they are as a scrappy list. 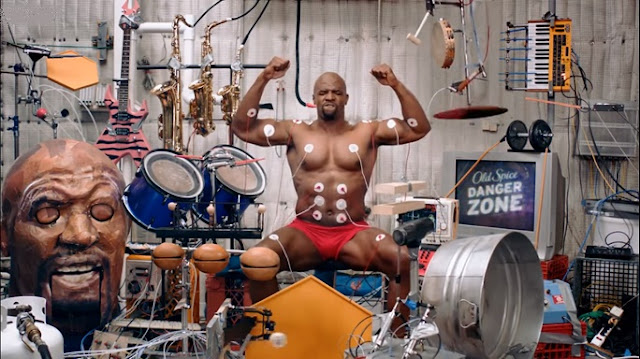 There's a theory that when you combine the Sacred with the Profane, you conjure up scenes which are even more powerful, compelling or funny.

You could look at it as a combination of:

Anyway, I've spent most of tonight shooting my first Sacred and Profane videos - and I noticed that I put a whole list of sacreds into a list of profanes... so here they are extracted as my final list of sacred and profanes before the first big draw of random combinations next weekend. 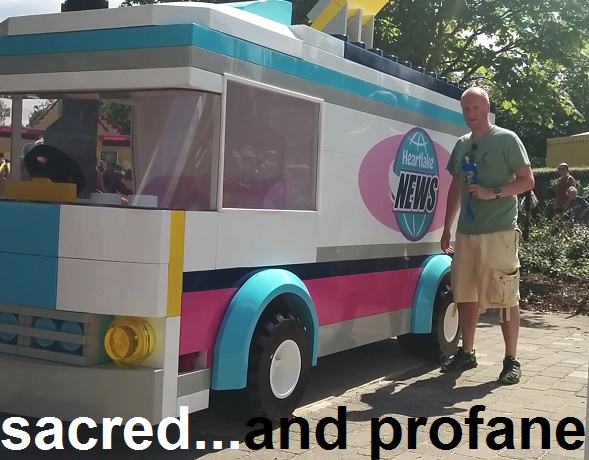 There's a theory that you get more powerful artistic ideas when you combine the sacred with the profane.

Like the home to Olivia, Andrea, Emma, Mia and Stephanie... the Lego Friends.

In a couple of weeks I'll start the weekly draw to combine different sacreds and profanes, but first I need the sacreds on cards to pull from the hat. (It won't be a hat. At the moment, in my head it's two Jiffy bags... but just thought I could get something better. Like a helmet for the profanes. And er, something nice for the sacreds. A sea grass basket. Or a leaf bowl.)

Anyway, here is every sacred I came up with last year.

Except my action camera cuts itself out after 25 minutes.
It's a Ricoh feature, that I only realised after 40 minutes.
Most of them are on here, so you get the jist. 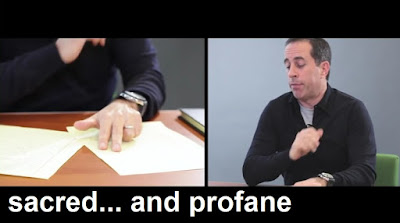 Jerry Seinfeld talks about how he writes a routine, but the Pop Tarts one he uses as an example has lots and lots of sacred and profane combinations:

Jerry Seinfeld Interview: How to Write a Joke | The New York Times

orange juice (sacred) hack at with a knife (profane)

wrapping your lips (sacred) around a wood-chipper (profane)

I've now written out all my Profanes - it doesn't feel right calling them profanities, because words themselves are Sacred.

Here they are ready for the first draw week after next, I think

Civilization (Sacred) disrupted by Farmyard noises and smells (Profane)
Or Being comfortable (Sacred) VS. Being miserly and struggling (Profane)


But the genius of it as an idea for a sitcom (or even drama) series is that maybe, instead, it could be seen as...

The Countryside (Sacred) VS. Surburbia (Profane)

Living off the Land (Sacred) VS. The Rat Race, and Working for The Man (Profane)


Stephen King when asked how he came up wth such imaginative ideas for his stories:
“I still have the heart of a little boy... in a jar on my desk.”
SACRED - heart, little boy
PROFANE - container, jar, desk, workplace


Anyway, here is the final list of profanities that have gone into the profane pile.
I should work out Sacred and Profane containers for these.
Maybe a food bowl for the Sacreds, and a potty for the Profanes.
I think I'm definitely going to do that. I hope I remember.
Remind me if I forget. 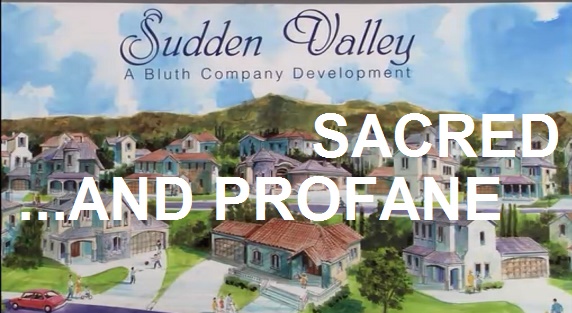 
Either ways, it all works, and tees up time for my first Sacred and Profane draw.

Let's see how this is going to work out.

I'll pull out 10 words for 5 combinations,
and then wiggle them around to see if there's an even better combination of 10.