HOW TO BE A BETA MALE

PROLOGUE
(Or, What Is A Beta Male.)

INTRODUCTION
(Or, How to suspect you might be a bit, you know, Beta.)

What Do You Drive?
(Or, What Drives You?)

PROLOGUE
(Or, How to suspect you might be a bit, you know, Beta.)

"Graham is ready for you now" she called over from the doorway.
"Huh?"
My noise was in fact filler. I was knocked sideways and I wanted to stand my ground. While at my desk at the end of a production office in a prestigious UK TV company.

Why is she bellowing this at me like my dinner's ready?

A Beta Male is a man who thinks he is an Alpha Male,
but isn't.

Mankind has passed its harshest judgement of worth:

Beta Male doesn’t even get his own page on Wikipedia.

It's redirected to the Alpha Male listing.
http://en.wikipedia.org/wiki/Beta_male

Even here, “Beta male” is under the Alpha.

But Beta Males think they are useful.
They think they have all the power, because Alpha Males can't do anything without Betas agreeing to be there.

There have been hundreds, thousands of texts, books, and articles written about Leaders. The Secrets of Leadership... How To Become A Leader... How To Beat Everyone Else... How To Win.

Nothing has been written about how to be a great follower.
Maybe it's because we don't aspire to be the other guys... the wing-men... supporters... cheerleaders. 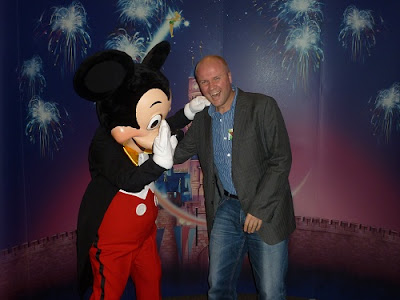 (By the way, never, ever, leave Mickey hanging.)

But we all know when we feel like we are "Also in the room". Blanked. Sidelined. Chumps.

Who would have the courage to out themselves as a proud Beta Male?

To remind those mouth-breathing gobshites who think the world was created to hear their roar, would be nothing without you.

Being Beta is not about feeling thwarted.

Beta Male is an awesome lifestyle, and right here is where I will try to show you why. 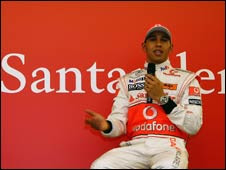 Lewis Hamilton gets paid by Santander and has to wear a hat.

I owe Santander a house, and don't have to wear one.

Does... that make me the Alpha Male?


What Do You Drive?
Or, What Drives You?

IF YOU ARE AN ALPHA MALE:
you care about looks, appearances, image, FRONT.


This is a Land Train. 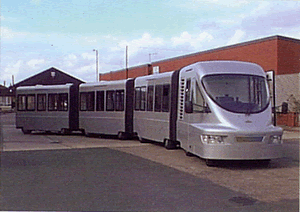 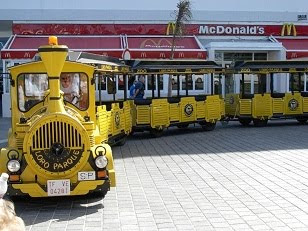 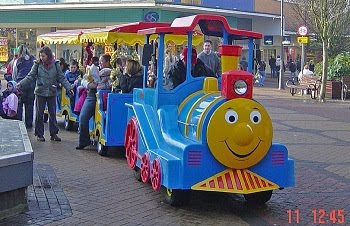 I want to use a land train as a family car.


To me, this means I am still Alpha Male:

More space in the back than anyone else, and truly owning the road.

How can you tailgate that?
You can't.
Not at 7 mph.
And you've just got to wait till I stop.


(Though, even within this subset of this niche, why do I still think that I'd end up with that third one in the pictures?)


IF YOU ARE AN ALPHA MALE:
You care about looks, appearances, image, FRONT.

IF YOU ARE AN ALPHA MALE:
You never, ever, feel the need to ask questions.

IF YOU ARE AN ALPHA MALE:
You never express indecision.

IF YOU ARE AN ALPHA MALE:
You are not agreeable.

IF YOU ARE AN ALPHA MALE:
You stick rigidly to Your rules and form, in order to win Your game.

IF YOU ARE AN ALPHA MALE:
You offer as little as possible.

IF YOU ARE ALPHA MALE:
You can never ever make a joke at your expense.

IF YOU ARE AN ALPHA MALE:
Trash the offerings of others.
Anything else risks your status.

IF YOU ARE ALPHA MALE:
Your laughter is forced, and at the expense of others.

IF YOU ARE ALPHA MALE:
The worst - worst - thing anyone can do to you is feel sorry for you.

IF YOU ARE AN ALPHA MALE:
You move independently of others.
Always, always, leave everyone else hanging.

IF YOU ARE AN ALPHA MALE:
You deliberately distance yourself from criticism, damage, responsibility.
Never allow yourself to become the Single Point of Failure.
That’s the job of the Betas (until you fire them).

IF YOU ARE AN ALPHA MALE:
You never get yourself into a position where you need to push back.

IF YOU ARE AN ALPHA:
You never acknowledge anything that might resemble an order or command or demand from someone else.

IF YOU ARE AN ALPHA MALE:
You need help from no-one.

How To Be A Beta Male.
(too neutral?)

What You Don't Know About Beta Males.
(so what...)

What You Need To Know About Beta Males.
(like it's important)

Why Beta Males Ultimately Win.
(but what are beta males)

How To Live Like A Beta Male.
(why? upside?)