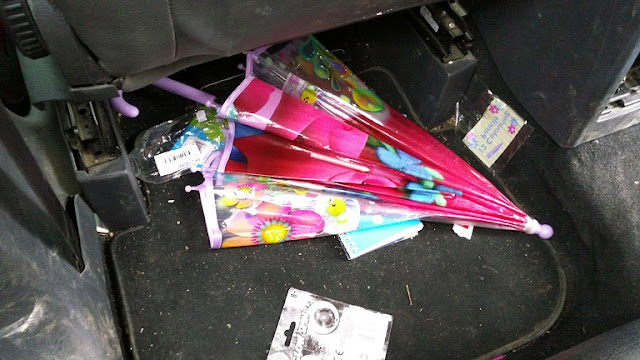 Thoughts, ideas and dreams for this week.

Monday 26 June
Umbrellas for Under 11's do the opposite of what you want.

Tuesday 27 June
I try to avoid news about terrible things like Terry and Thingy from the Likely Lads avoid hearing that football score.

Wednesday 28 June
Inset Day is based on a pagan festival where we would buy shoes and sit in cars.

Thursday 29 June
Think of it less as a Final Demand, and more of an extra Utility Bill for the next company.

Friday 30 June
At some stage, being late for the party is worse than not having that gift you're driving around for.

Saturday 1 July
The deepest and heaviest question about your relationship, is always best asked in that moment just before you’re going to sleep.

Sunday 2 July
Letting the other person win is the biggest curse you can put on them.


Previous post...
The other sticker album I havent yet finished #DadDirt