Why can't I wear my shoulderless top to school today Daddy? (and why you cant go on holiday in term time) #DadDirt 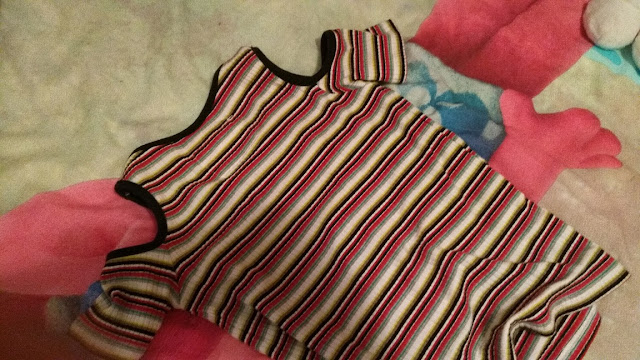 You know that you are a Great British Dad when...
...you don't know what to tell your daughter.

I'm sat up in bed with my Long-Suffering Wife (LSW). Both dancing our mugs to avoid the kids kicking them out of our hands. Yes, they are there too.

ME:
Can you go and get dressed for school?

6 YEAR-OLD DAUGHTER:
I am dressed. It's for Mufti day today.

MUMMY:
Yes but you can't wear your shoulderless top to school.

DAUGHTER:
Why not? We're allowed to wear clothes to school.

MUMMY:
Yes, but go and get changed, it's not quite right.

ME:
Well, in the 1800s children were allowed to go to work. Millions of them. And they were great. Because they were cheap. They didn't know how to ask for money and they did dangerous jobs. And when they died, the Industrialists just got more children. The adults didn't like this because the work was going to the children and they weren't being paid, but the Industrialists didn't want to get rid of the kids so the Government struck a deal with them. They said they'd look after the children during the day, and it'll be great because they'll train them to do as they're told and follow instructions so they will be easier to train. When they're old enough to go into the workplace, they'll know how to do the task they've been given and be judged by their manager or supervisor in the production line, who will decide if their work is passed or defective and must be done again (being in an office is just like being in an army, hospital or factory too). A literate workforce can also be advertised to and made to feel inadequate and missing out so they'll want to buy more of the things made by the Industrialists and work harder to earn money to stay in the system that keeps them. It's a beautiful lock-in really, and it extends to a uniform so how we look is as easy to process by the managers as acceptable or defective, and although today is a Mufti day for charity, we fear that your shoulderless top strays too far from the leash we have been given for this one day.

(With thanks to TU and Seth)

Previous post...
My son wants a YouTube channel. That’s worse than a pony. Is creating better than spectating? #DadDirt

A complete guide to my Dad Dirt is coming together here

All about me, and getting these by email.
Posted by Neil Mossey at 20:12