The best shower curtain fall ever. By my mate Rob. And other mate Nicky's toilet. #BritishDadStuff 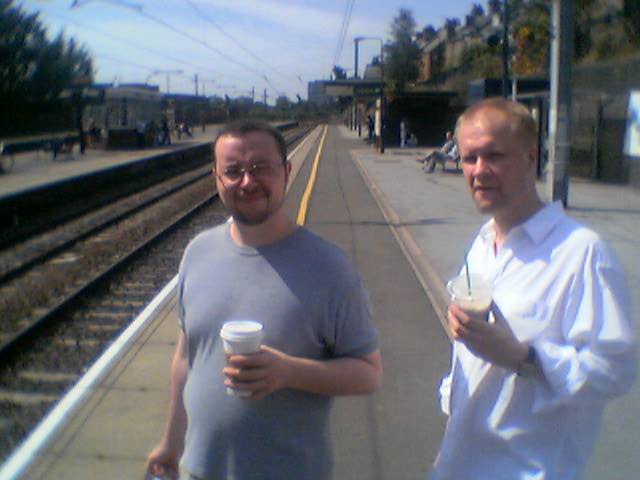 You know that you are a Great British Dad when...
...you're still best mates with someone you nearly let die on the toilet.

I'm not sure if I have ever written about my favourite moment with Rob.
That time at Nicky's party.
And there was only one toilet.
Because it was a big flat.

But it was a flat. And this is what best mates are for.
If they haven't pulled.

They make sure you're not dying in the toilet.

A queue was building up.
And he hadn't come out.

And the queue was getting angry.
It wasn't even a queue now - it was more of an angry mob.

And I was worried more for Rob versus the mob than whatever was happening in the bog.
I was drunk.
Did I mention we were all drunk?

But Rob was a little more drunk than all.
There's talk now of busting the door open, by the angry mob.
(Who just want the toilet. They have no care for the welfare, of Rob).

I'm even more worried for Rob against the mob.

Here's the moment I know how to get his attention through the locked door.

I make a bellow to my fellow that only a best mate can make and, click, the door opens.

But now I'm sort of barging in - to be the first there ahead of the angry mob, which by this time is pretty much the entire party.

And Rob makes this noise that I've never heard before.
Sort of like a "Woooerrr".

Like a cartoon animal he windmills his arms backwards, as a wrong Mexican Wave, but stops by grabbing the shower curtain behind him to stay up.

"Uh oh" he deadpans as he tumbles from my face...

We hear him groan.
My buddy is okay.
But the bathroom is not.

The angry mob are already all over the toilet.

And all I can say to the mess in the bathtub is
"Dude, that was the best fall. Ever."


Previous post...
Looking at other peoples inboxes before you'd even look at your own #BritishDadStuff

All about me, and getting these by email.
Posted by Neil Mossey at 21:27