Have I got the right ticket? I'm going on the run! A #BRITISHDADSTUFF adventure story 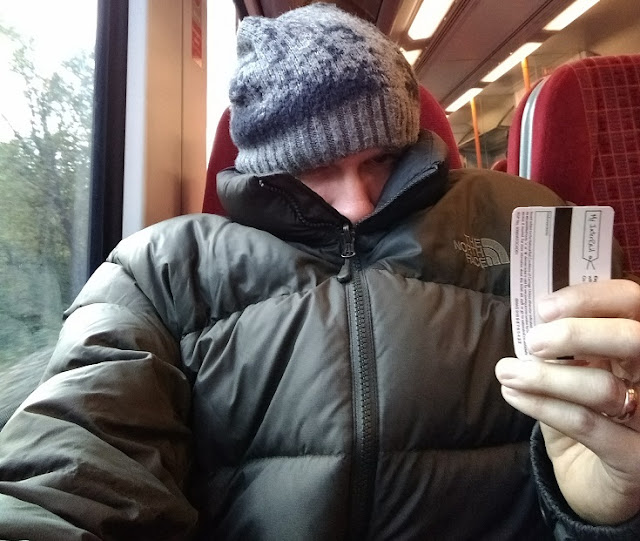 You know that you are a Great British Dad when...
...you try to turn a delayed train into a piece of performance art.

I want to get the train, but like a responsible Dad I don't want to be a fare dodger.

Because I'm not a multi-millionaire, I've got this railcard to travel in off-peak, and like many Mondays after engineering the trains are all messed up.

But that's okay - I'm not in a rush, I've got a spring in my step. In fact there's an even more delayed train that pulls in long before mine.

I'm curious and I've got time on my hands, so I try and check with the train company to see what the deal is.

I don't know why I did that.
I couldn't care less about their ticketing policy.
I've found that the poor staff are just as fed up with the rules as we are.

So I wasn't surprised by the big fat shrug that I got back. 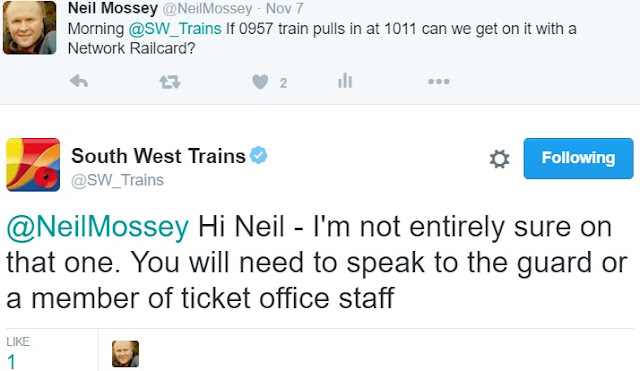 Hi Neil - I'm not entirely sure on that one. You will need to speak to the guard or a member of ticket office staff

They're friendly, but even they don't know, or care less than I do.

So I've got this rule now to not throw twit-fits, which I'm pretty much breaking.

I'm going to have to turn this into a story, to justify wasting my time on it (instead of moaning or doing the equivalent of mooning a CCTV operator).

I'm going to write myself as the hero - living dangerously off the safe path and into the woods. I'm going to take that poor twitter team with me, as a renegade (but the "South West Trains Underground" sounds just plain wrong). 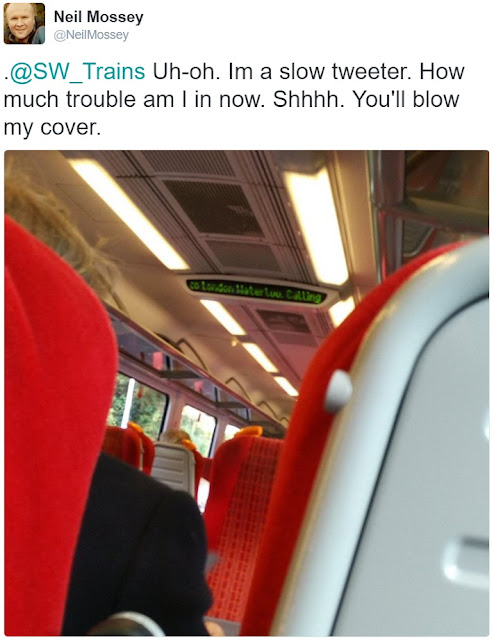 Uh-oh. Im a slow tweeter. How much trouble am I in now. Shhhh. You'll blow my cover.

How much trouble am I in?

I've got to see someone?

To hell with that.

I cannot be arsed.

So I will just keep on making stuff up. 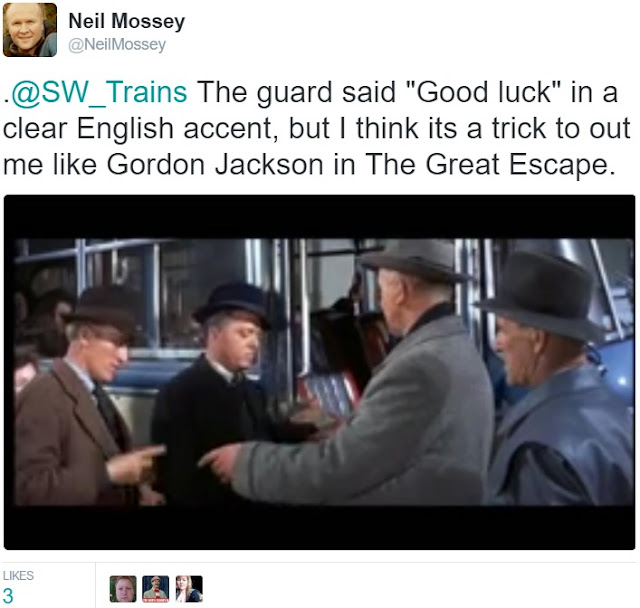 The guard said "Good luck" in a clear English accent, but I think its a trick to out me like Gordon Jackson in The Great Escape.

I like the picture, but I don't like comparing their staff to the baddies. They're more like Resistance heroes, and we should help them. I need to big up their prowess.
Perhaps with a bit of reflection. 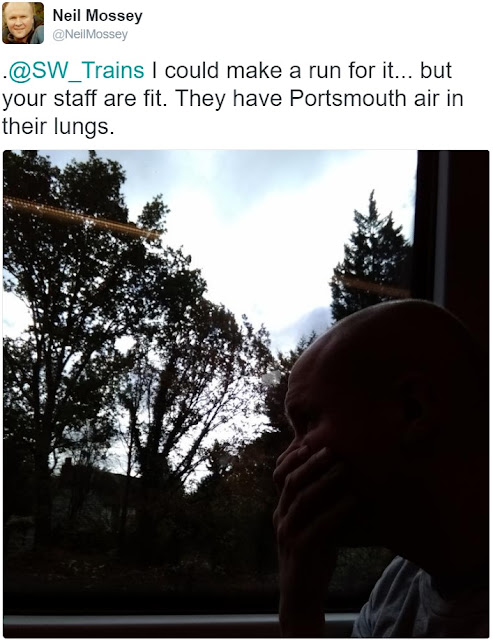 I could make a run for it... but your staff are fit. They have Portsmouth air in their lungs.

This is my favourite. The photo, the gallant picture of their staff. It's all there.

But like all scene writing I now need an ending.

When I'm writing stories, I call it Obtain Final Thing. 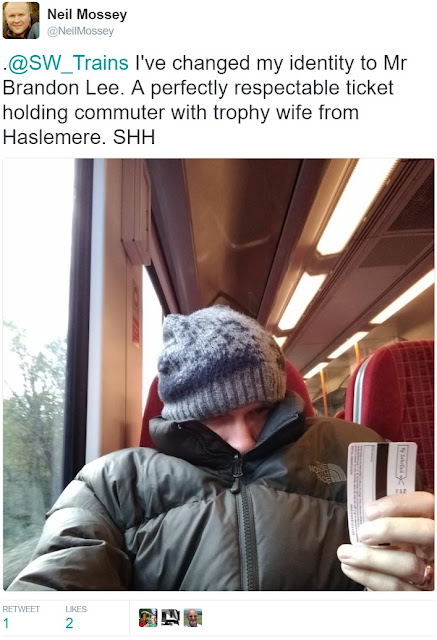 Still no idea if that ticket's any good.

Previous post...
I’m donating my wrist to an even better cause. Here’s how to stop complaining. #BritishDadStuff

You don't need a discount card to get my posts by email, because I send them out for free. Just ping me your address by clicking here and they're yours without delay (ish).
Posted by Neil Mossey at 18:27