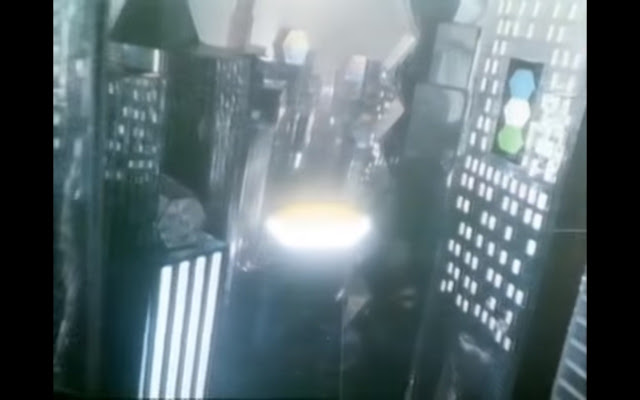 I live in the future - in one of the tower blocks from the Blockbusters circa 1986 titles sequence. I live in the block next to "The Hot Spot" tower, but that's okay.

There was a software update and now it's stuck in a bootloop.

We expect our sexbots to do too much, when we only need them to do one thing.

It was running slow and its storage is full.

I need to empty it and free up some space.

My other half says they'll get me another sexbot for Christmas, but it'll take me ages to put all my contacts back in.

They want me to stop moaning, and not in the good way.

But I don't wanna spend all that money, only to have it crash on me again.

They're making sexbots thinner now but we don't need that - it's just so they can save money on the shipping.

I always put a chunky cover on mine anyway, to stop me from breaking it.

Anyway, at a time when titles were minimal - [see yesterday's link] - Central Television went completely the other way and threw the kitchen sink at the opening titles to Blockbusters.

(Probably knowing that it'll be shown five times a week to teenagers.

Also knowing that the rest of the hour is filled with flashing letters and talking heads). 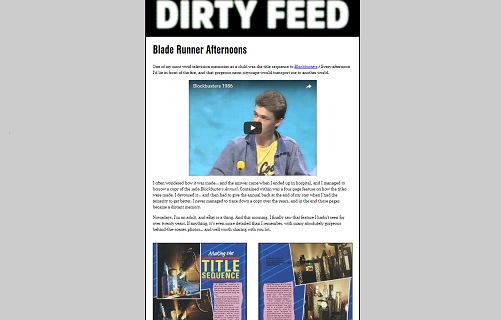 It's from the Blockbusters annual, about how they built an actual cityscape set, using motion control camera with a periscope to get it between the buildings, and how they got it to sync up with the studio set by hand.


The full link is here:
http://www.dirtyfeed.org/2016/09/blade-runner-afternoons/


And adding this to my fave stuff on the web, which is all here

Previous post...
Titles Sequences Made Only From Photographs - FAVE TV #36