How I ruined our family day out with a tweet #BRITISHDADSTUFF 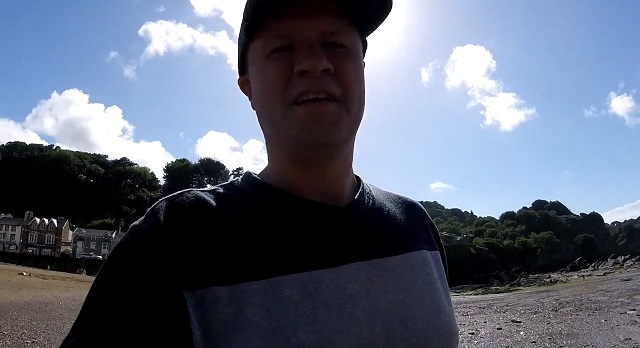 I wanted to take the family on a trip by train.

As you know, in this country that means feeling like you're getting ripped off every time you buy a ticket.

I knew this was going to happen, so I tried getting one ahead by looking up the prices online.

It all depends on the time of day you travel, what railcard you have, your age and the ages of those travelling with you, what town you're in, the town you want to go to, which town to travel via, the companies you want to travel with along the way, whether they are offering any promotional discounts, how hard their shareholders are pushing profit at the moment, whether Mercury is retrograde, how many hugs you got as a kid, and how good you are at maths.

Why can't I accept that I am the chump.
The mark.
The guy over the barrel.

They call us customers, because they can't call us passengers.

Because it's about the money, not the travel.

Monday morning - we're at the station - I know the cheapest ticket.

And the effect of the 3 trains either side on that price.

When I hit that button on the self-serve machine, I'm like Rachel Riley on Countdown.
And I don't even need a pen.

So when the price comes up double the figure I first thought of (because the 2 hours research made me think it), my head explodes.

Except I'm not on the laptop in my pyjamas.

I'm angry because I told the machine my railcard and it's offering me twice the price.

And now my long-suffering Wife, kids and I are stopping the train company making more profit by holding up the line of other contestants playing train company roulette.

And the kids need the toilet and I'm holding onto this dumb dream of not paying 40 pounds extra, because it means that I'll stay away from home - away from my family - for longer to earn that.

After five more goes I get the right price and bang on the glass like the end of the Crystal Maze round (dunno why I've gone all Channel 4 gameshow on this)
"Let me out Richard O'Brien!"

Here's the thing... why can't I leave this there.

Why have I got this sense of injustice, like I've been played like a piano by the Train Company shareholders?

But this was the mistake:

Do I want to take the time to create meaningful change to an unkind system of taxpayer-subsidised monopoly run for shareholder profit over the needs of the nation?

Or 140 characters of snark.

And now I'm tensed up waiting for the reply, instead of making like Anneka Rice on Treasure Hunt on the adventure with my family
(alright, that gameshow doesn't work).

I'm glued to the smartphone that I'm using like a smarty phone.

Instead of playing with my kids on the beach, I'm rolling around in the sewage with the shareholders.

I got replies, and again I won't bore you but I'm right.

But it doesn't make us feel any better.

Turns out we end up paying even more.


You know that you are a Great British Dad... ...when My complete guide to Understanding Your British Dad is coming together here

I send these out every day like messages in a bottle.
But better, by email with a link that means you can unsubscribe any time.
If it's more convenient, just click here!
Posted by Neil Mossey at 09:50