Teaching my kids about why we have CCTV everywhere #BritishDadStuff 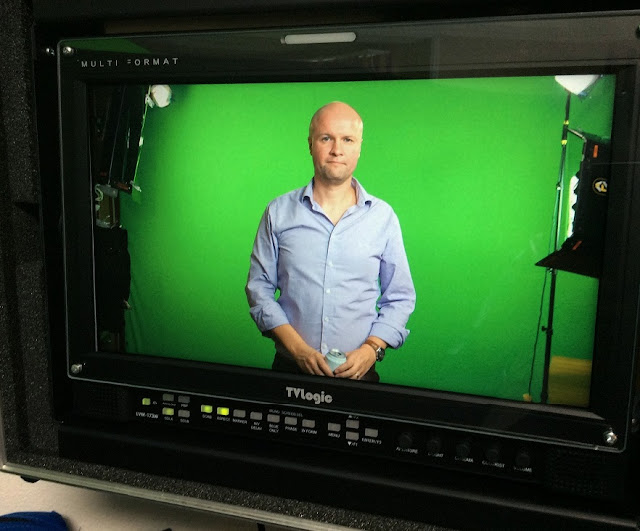 You know that you are a Great British Dad...
...when you lie to your kids about how the world really works.

"That sign means we are being filmed."
my son said to me - pointing to the CCTV sign in the window of our favourite local toy shop.

I was shocked - not that they've got it - but that I'd never bothered noticing the sign right on the front door.

Mainly because I wasn't looking out for it.

It's so normal - that my 7 year old son is calling out something I'd long since accepted.

"I don't like it.
I don't want people filming me."
He's right.
The next bit I said was terrible.

"Oh, it's just there to make sure you're safe."

I'm not sad that the cameras are there filming us as part of the deal for doing things the way we do them.

I am sad that I lied and covered for it on my son's behalf.

And we're so much safer, now that the cameras are on us.
Everywhere.
Aren't we.
You feel so much safer now, right?

It shocked me that it bothered my 7 year old boy - because he should feel uncomfortable by it. I remember those weird cameras when I was a kid - in Boots or Woolworths - the black domes with 6 chrome lenses sticking out at all angles.
I guess so you wouldn't know which was the real one.

Maybe I should put a camera on me during the day so that I can help prevent more parenting crimes.

Maybe it'll help me stop lying to my son.

I wish I could remember the name of a BBC Radio 4 doc, years ago - about the world of CCTV operators. A university study found a weird thing in every control room they surveyed.

They found that there's always, always, at least one camera trained on "something nice".
Like a squirrel.
Or a patch of grass.
Just one monitor where they didn't constantly look out for acts that are evil.


What if the camera footage were used for evidence gathering purposes of nice things?

A flower opening up to bud on the pavement.

A toddler losing their stabilisers and riding their bike for the first time in the park.

Old people being helped off the train by other passengers.

Someone choosing an ingredient for a thoughtful meal in a supermarket aisle.


And what if the real problem with CCTV is that we don't know where the footage goes, or if it's kept.

What if we could capture, and share, and explore the good, the nice and the kind things with CCTV.

What if that helped us to do more of those things?

But I guess it's just down to us now to film and share those nice things.
So it all comes off as a bit vain.

It'd be much better if it were done by some anonymous CCTV operator or remote server.

There could be some kind of Crimewatch-style programme, using the footage of these random acts of kindness.

"And please don't worry as you watch this... this man might strike again."

And then film it badly from a distance.

Subscribe to me here!
Posted by Neil Mossey at 21:55