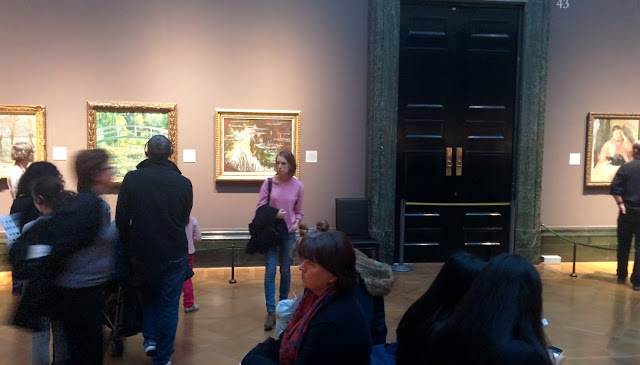 You know that you are a Great British Dad...
...when you are told off in front of your kids and can't do a thing about it.

As an adult, I think I've been told off only a handful of times.

Obviously, I remember each and every one as a shameful dagger, and they include:

Being told off for taking a photo in WHSmith (link here)

Being smacked on the thigh by a lesbian lady for rocking back my chair at a dinner party. She hit me really hard, so I must've been really annoying.

Getting yelled at by an MP for filming on the street with a correct permit, but it happened to be her street.

We weren't anywhere near her, or facing her direction, or on her side of the street, or come to think of it even filming (we were just having a chat after walking around) but she went out of her way to come over and tell us off - and it was my job to just take the kaa-kaa shower.

But then it got really confusing because it turns out that she knew the presenter, so she stopped ranting because even she got weirded out by it (again, we weren't there there to have anything to do with her. I think that's what threw her).
But she still ticked me off.

It was great because it gave me an amazing insight into perhaps how all politicians' minds are wired. The world revolves around them, and everything is a fight.
They call it "debate", but it looks like it's about not acknowledging or being curious about other people.
Because that's "weakness".

But the one that rankles the most is the one pictured above in The National Gallery last year.

I had my daughter on my head.
So she could see more things, but more importantly so she wouldn't run around.
And then I saw the 4 Monets and thought that would make a brilliant Facebook status update.
(Yep. I can see my one mistake there clear as day now too).

So I got my camera out and framed up.
Obviously, I'm the first person ever to try and shoot a pic captioned "Monet, Monet, Monet... Monet!" to the point where the floor is worn from the best shooting position.

At this point, my daughter who has no fear whatsoever decides to throw herself around wildly to liven things up by riding me like a horse.

And that's when I got pounced on by The National Gallery Guard.

Anyway this Security Woman tells me off.
She had a gleam in her eye where she knew she'd got me.

Taking a picture on a phone - that must wind them up.
But they can't say anything because photography is allowed.
However dumb the framing.

No. I was doing both.
"Either take a photo, or carry your child safely. Don't do both."
Boom. You know, I just shuffle through this life trying to find minimum conflict.
I just want to stay out of everyone's way - it's much easier and I get much more done.
But man, that one hurt.
Do one thing at a time.

Previous post...
Why I built an IKEA play kitchen. Because its wrong. #BritishDadStuff

Get these posts daily by email, you can give me the best email address here. But no-one will tell you off if you unsubscribe. Promise...