Privatise the NHS. #SavetheNHS And make its workers the owners. 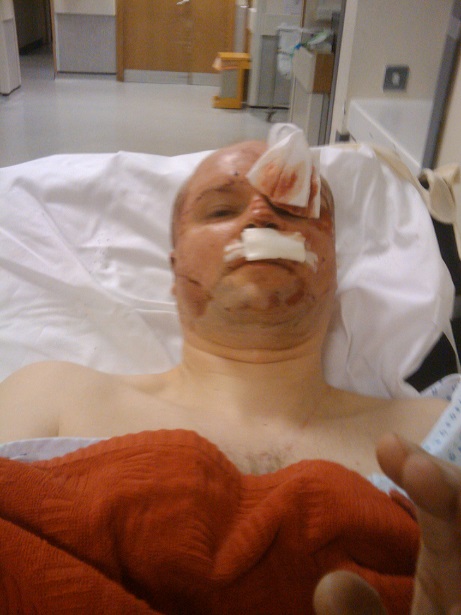 Me, doing an impression of the NHS.
It's a Self-a&e

What if the NHS became a private company.

Owned by its workforce.

I've not yet fully thought this through.
And will keep tweaking it.

But if the NHS were a private company, owned by its workers...

Then the Chief Exec would have even more letters.
The CEO could be be a CEO MRCGP DRCOG.

I'd want the bottom line to be inspected by experts who actually inspect bottoms.

And growth would be scrutinised by those who spend all day removing growths.

What better way of keeping the NHS arm's length from daily politics,
with the specialists at arm's length: nurses, porters, physios and opthalmologists. 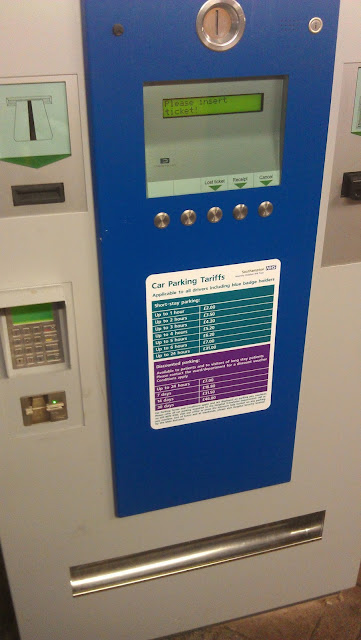 Hospital carpark machines.
Run for profit, for outside company, for shareholders.

What if they'd figure out ways to retrieve the bags of drugs and equipment newly issued to the recently deceased.

What if they put a stop to cancelling appointments on paper (issuing fake cancellations and real re-appointments) to avoid penalties for missed waiting time targets. 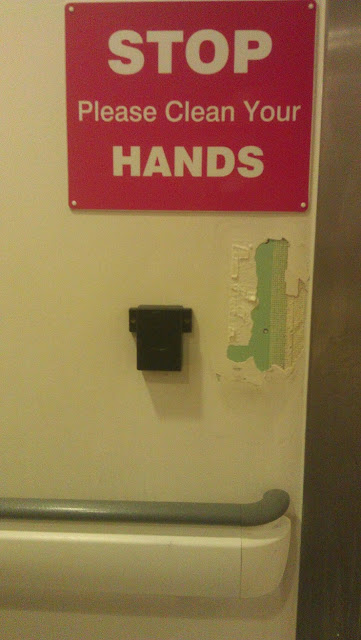 A hand gel machine fallen off the wall in the newly-built UCH.
Entrance of the Infections Ward. Oct 2013

What if they found a kinder system to forward-plan care rotas in the community for the Elderly rather than discharging them with 3 hours notice, handing the problem to the council to rota 7 home visits from 2 carers at 3 hours notice.

What if they'd devise a system that didn't need private companies run for shareholders relying on carers on rotas traveling between home visit shifts on buses.

What if the workers who own the NHS for profit would use a kinder word than "bedblocker" to label the elderly person they have failed to hand over to the community care rota.

What if an NHS owned by its workers didn't use expensive frontline Ambulances and A&E departments to ferry Elderly people who have been ejected from hospital too early and are coming back into hospital (via A&E) within 72 hours of their hospital discharge. 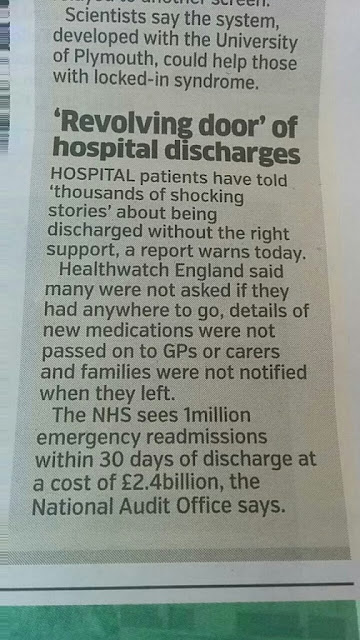 What if NHS owned by its workers would have even find a better way of holding information on its customers... sorry, patients... than using 19th Century letters and postal system and trolleys of folders and faxes (yes faxes) to pass the information around. And for the information to not be held entirely separately in pockets strewn across GP surgeries, local hospitals (yes hospitals plural) and specialist units.

What if it'd need fewer temp, sub-contracted and agency workers.

What if an NHS owned by its workers then wouldn't be run by politics.
So maybe some planning, and co-operation, and collaboration, and community spirit and support beyond a four year cycle would make it run more profitably.
For its workers.

All of this is crazy talk, isn't it.

What if we didn't save the NHS.

What if we privatise the NHS.

And make its owners the workforce?

Subscribe to my blog by email... click here and you can totally unsubscribe anytime.
Posted by Neil Mossey at 20:55