My digital graveyard. Also known as my C Drive. Why I keep so much stuff. #BritishDadStuff 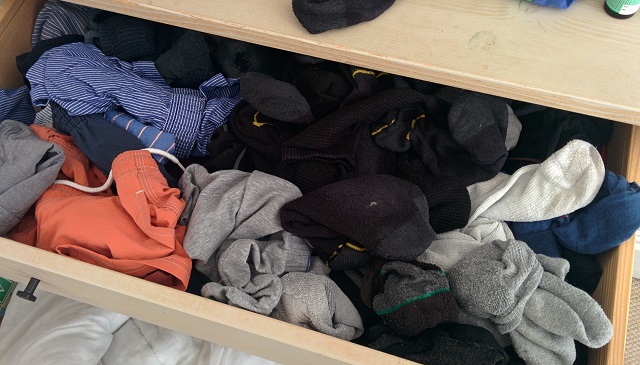 In an effort to avoid the Pants Audit™ - it's unavoidable, only delayable. I'm finally backing up my computer.

I'm using CrashPlan - and it looks great. (Because it's got reassuring status bars, and estimates that the backup has 6.1 days remaining to finish. This is after 18 days - eighteen days - where I've left the computer running to get it done).

My wife says "how do you know it's actually there, or you'll get the stuff back when you need it."

I don't.
But it's not about that.
It's about turning off that part of your brain that's saying "I really need to back up my computer" every 12 minutes.

The system lets you decide which folders you want to back up.
The stuff I've got that I not only want to keep, but want to carry with me is 195.3GB.

And what happens to all of it when I die?

Where will it go?

This has got to be happening to people already.

In the future, there will be the digital equivalents of "Who Do You Think You Are" where Archaeologists will sift through the fourth mp3 track from my precious incidental music album from the TV series, CHiPs...

or trying to make sense of the photos of my mates Rob and Giles pretending to climb over the Berlin Wall next to Checkpoint Charlie c. 1988.

Why will Apple, Microsoft, Google, Facebook, SquigglyDelve or any other online cloud thing need privacy for people who've been gone for decades?

Will going into personal folders be a bit like treading on someone's grave?

You know it isn't right, but everyone does it and only feels a bit wrong after, because it's only grass isn't it?

So my cleanup started by deleting CrashPlan off my PC.

And in the meantime, I worked out that the stuff I really want to keep... is the stuff I'll probably end up putting on here.


Subscribe by email, for free, here - thanks, it helps me keep this going... and you can unsubscribe any time.

Previous post...
UK Telephone Code T-shirts from the 1990s. Another thing I chose to keep and not throw out. #BritishDadStuff