- My tweets from the scene of a train crash - Usually when this happens, I’m at the back of the delays trying to get some information on how likely it was that the trains would get moving again. 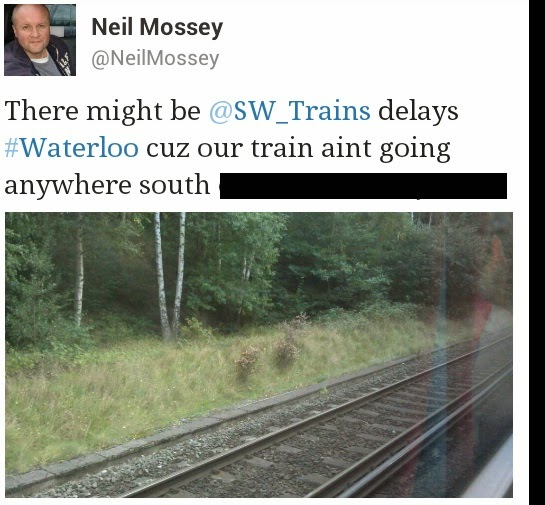 But this time, I was in the front carriage. So I thought I’d be generous, and help anyone at the back looking for news with what was causing them to be a couple of hours late home tonight.

Then it became clear that the thud I’d heard wasn’t a log or debris. It was a person. 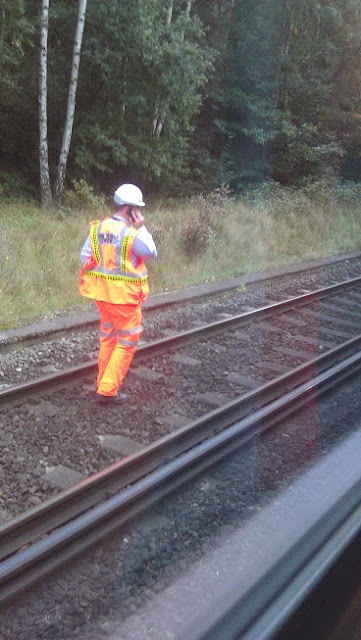 We’d come to rest long beyond where it’d happened, but I tweeted pictures of the view to give an idea of where everyone was tweeting about.

I was very careful to not show any faces... it was just to paint a picture of the delay.

I started getting replies, questions even. Turns out there were maybe hundreds, even thousands back at the blocked terminus who, like me, were curious about what was going on and when we might be likely to get moving again. They are stranded, and they want to get home, to their families. 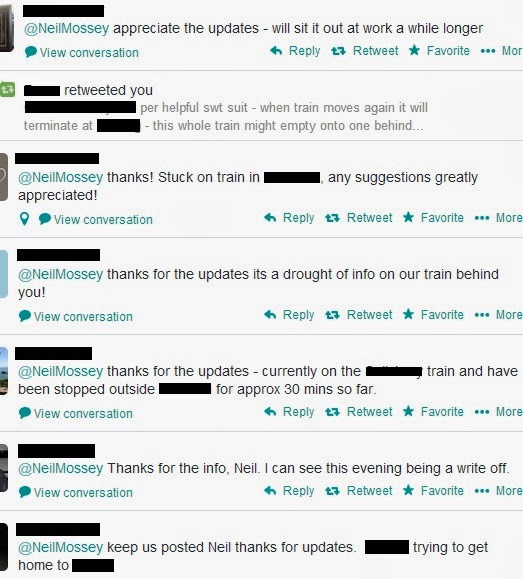 And it was with that voice that I passed on what was happening. Train driver and guards tweeted me insights to the procedures, and even what replacement schedules were being planned for when we started moving again.

Whoop we’re moving again! I honked - knowing this would be helpful for those gauging whether it was worth staying at their station or passing on an ETA to those expecting them at home. 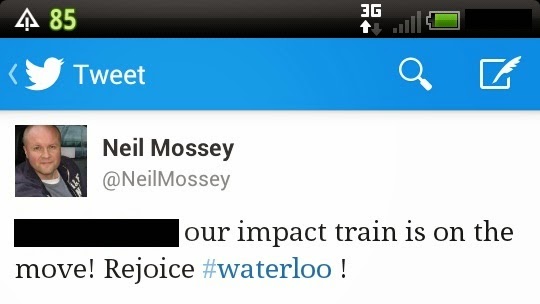 The guard was incredibly helpful in passing on details to the train of what would happen next, and I felt for the driver who was currently going though a terrible moment in his life (while we were just trying to get home).

But that night I was contacted by someone asking for any more detail about the afternoon. Turns out - after a healthy chunk of suspicion and paranoia - that it was someone close to the victim, probably trying to make sense of the events that I had tweeted about in real time by going through the delay's official hashtag.

Suddenly, I realised the tweets that were meant to be helpful and on the side of the struggling commuter - my tribe - now, through someone else's POV, seem just oafish and dumb.

Whoop! We’re on the move again!

To thousands of people - the moment they could celebrate.

To one person though...

And the thing with The Great Disruption is... all of us are just that little bit closer now...

Previous post...
Yet Even More Granny Murray Sayings from "Me Too!"