How my favourite 10 bits of social media get a disproportionate response...


THERE'S NO SUCH THING
AS SOCIAL MEDIA ANY MORE.

For people like me who aimed at careers in legacy media, even saying the phrase 'social media' is difficult.

(Someone I know just floated that there is no such thing as “social media”... now it's just “the web”. Think I feel the same way...).


So here are some examples of the web being social.

Where the stream of content transcends the idea of a one-way-transmission, and picks up its own momentum.

Beyond the Creator's wildest dreams.

(work-in-progress... adding to the list below... this is somewhere to put my links...) 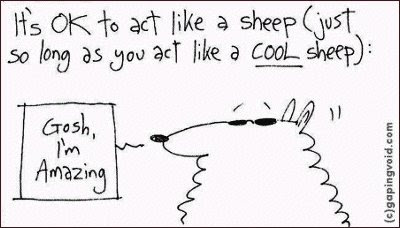 Hugh McLeod - How To Be Creative
This was the first time I saw someone 'showing their workings'.
Building up a manifesto, and then a book, completely out in the open.
For free.
On a blog.
Allowing anyone to freely comment.
(Here's a link to the first 25% of the book)


Caine's Arcade
http://cainesarcade.com
Puts my day in perspective.
Defy you to watch this without a lump in your throat.

This is the first report, from a local news bulletin...

Which lead to this:- Being remixed by auto-tune the news...

...Which lead to internet fame, earning enough money for the family to move out.

See also: How a crowd came to the aid of bullied bus monitor Karen Klein


This is tiger bread. 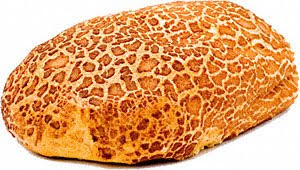 This family's daughter wrote a letter to Sainsbury's 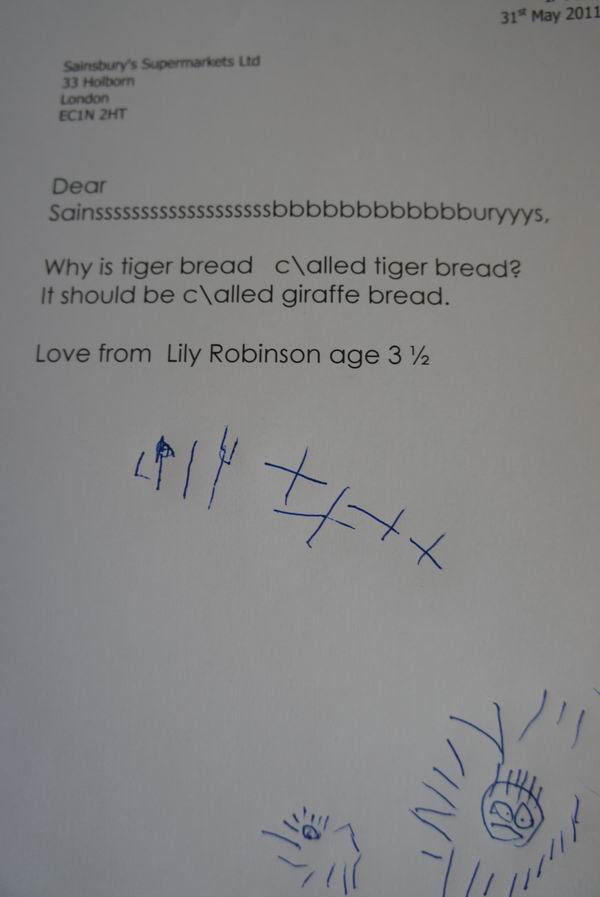 Why is tiger bread c\alled tiger bread?
It should be c\alled giraffe bread.

The family blog about the letter, and its response - linked here.

This is the reply: 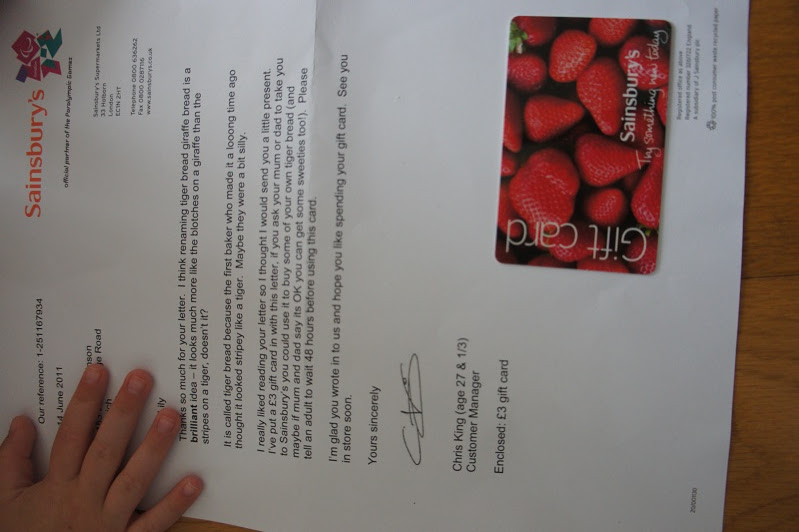 from the family's blog 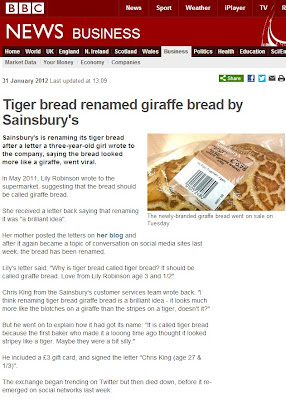 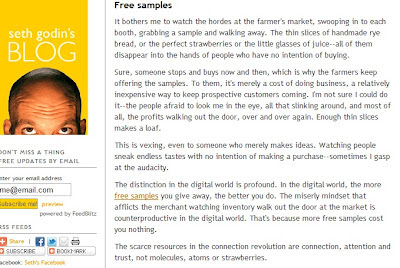 And all of this probably speaks to what Seth Godin termed:
"Do you have a people policy?"


"Hard to imagine a consultant or investor asking the CMO, "so, what's your telephone strategy?"

All of these media are conduits, they are tools that human beings use to waste time or communicate or calculate or engage or learn. Behind each of the tools is a person." 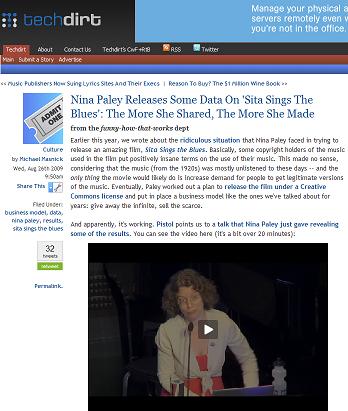 "...the more the audience freely shares the film, the more they purchase DVDs, theater admissions, and merchandise; witness the $$ numbers that prove it."

"Her adventures in our broken copyright system led her to Copyleft her film, and join QuestionCopyright.org as Artist-in-Residence."

Chortle - comedian being ripped off
YouTube allowed a comedian to be ripped off... but it also allows the audience to spot the plagiarism...
(but live comedy undergoing the changes everyone is facing, now that the audience feels it should be able to comment freely: link here)


Webseries: Lonelygirl15
(original post on storygas)
Allowed the audience to comment freely.
Which meant a community emerged. Which simultaneously publicised and made the show better.
See also 'The Guild'.

I've suddenly clung to this as a Grand Unifying Theory for what is behind some of the examples above.

A greater change in society that probably also leans on psychology and sociology, as much as the technology changes.
It's in this documentary called THE GREAT DISRUPTION.

From Peter Day's World of Business

A Great Disruption
...Because it relies on a disruptive new relationship that's not top-down but bottom up.

Cries have gone up from all corners of the working world that things have got to change, that capitalism is broken and that the system can’t go on in the same ways as before.

1:33 Jay Rodgers:
"We've always known, that for whatever particular thing you're working to do, that there may be somebody who's done it before. Or there may be someone who simply has a better idea about how to get it done.

When we got into the web 2.0 era, where you could not only broadcast on the internet, but take back in feedback - it brought about a world where suddenly you could imagine finding the smartest person to work on a specific solution."

Alan Moore - author, No Straight Lines
7:09 "We've created a working environment for many people, which makes them unhappy.

They are functioning only towards creating shareholder return and monetary value.

But actually this isn't the reason why we want to work, and these aren't the reasons why these organisations should exist in the first place.

7:45 "To ask a CEO to understand - really get their head around what makes a human being work and operate is a really big ask.

Business and organisations inherently changing themselves to be socially organised and orientated around a different type of belief system.

If you take an organisation that says by coming alongside our customers - by actually saying our customers are our co-creators, our co-workers, our marketeers.

We are now having a very different type of dynamic relationship:
we're learning as an organisation, by listening and working with our customers.
We're making better products, because in fact our customers are telling us how to do that.

What we do know is that in today's world, people are seeking to work and collaborate together in different types of ways.

Leadership in that context is the stewardship of enabling people to come with you willingly, rather than dictating how people are going to operate and function."

Jay Rodgers, Local Motors, Arizona - on The Forge
24:00 "What is it that people get from collaborating?
They get fame. They get notoriety. They get education. They get the right to have their name on the side of the product, which is about pride. And then they win money.

So it is a different construct than the idea of I sign employment contract.

I'm bored at my desk.
I'm told by some boss somewhere who ostensibly knows what it is that I am supposed to be doing.
That this is what I'll be working on for the day, the week, the month, the year.

So we're changing the constructs. And some of it is better. And I expect some of it is less stable and therefore worse for people, so we don't have it licked."

Also features Clayton Christensen speaking about
What media companies can learn from the Japanese car industry
And here's a great article on this here...

Here's another Peter Day's World Of Business "Are CEO's Up To The Job"
- – podcast talking to author of "Employees First, Customers Second"
This CEO lets his staff speak completely openly to arrive at collective decisions, and get employees to create the value of the company.


And for balance...
have a look at this great reaction to a campaign video for Bodyform in October 2012.


The flow ran as follows:
1. Light-hearted attack on Bodyform by Facebook member
2. Eight days of silence from Bodyform
3. Video response from a fictional character, supposedly representing Bodyform, sarcastically answering the Facebook member
4. Shared liberally around the web
5. Advertising industry pats itself on the back, other brands want to copy the approach, the agencies win awards
Is that really what we think the potentially of this new media age is? Seriously?
How much authenticity do you think this generates for Bodyform?

The Fallacy of Social Media by Jonathan MacDonald
http://thejonathanmacdonald.blogspot.co.uk/2012/10/the-fallacy-of-social-media.html

Click here for all my Social Media stuff (still hate that term though...)