What if I have no idea why I hate the grill so much? #WeAreTheProblems 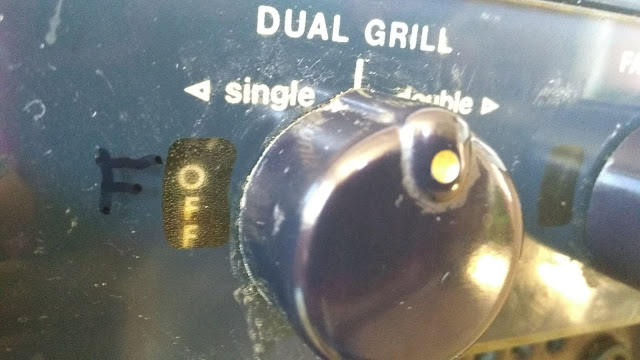 What if I have no idea why I hate the grill so much?

I have spent 3 straight weeks thinking about this.

The people I could have seen... the things I could have done...
But no, I spent 21 days, thinking about how much I hate the kitchen oven grill.

I will never ever use my grill or anyone else’s.
Even if it’s a brand new one and has a tray that fits.
Which it won’t.

And I don’t know where this level of sheer umbrage has come from.

Humans used to either cook stuff inside an oven or, on top of a hob.

When did that change?
Why was this never enough?
In the oven or on the hob.

What made us want to suddenly start cooking stuff under the heat?

Can you imagine explaining that to a caveman.
(Can you still call them cavemen? Doesn't feel very Woke.)

Even I know that heat rises.
So how come the grill's the fastest way to burn stuff?

Nobody asked for it.
It’s only good for melting stuff.
Cheese on toast and tray handles.
Each and every one of them.

I’m with the drip tray, the microwave and the smoke alarm.
Nobody likes the oven grill.

And now, I don't know what I'm going to do with all this time that I've saved.

Yet another reason to hate the grill.
I'll stop.

All about me, and getting these by email.
Posted by Neil Mossey at 15:02