Stealing just one more princess story from my daughter. In case it makes money. #DadDirt 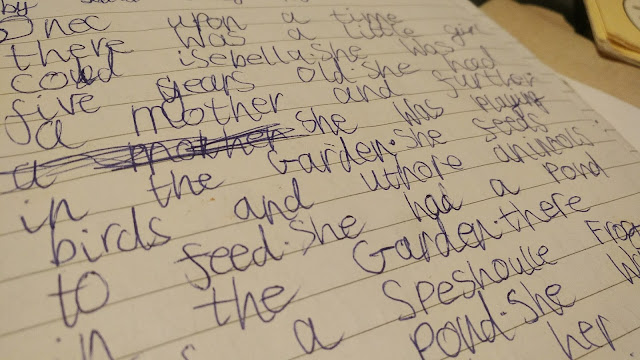 You know that you are a Great British Dad when...
...you steal princess stories from your daughter. In case this is the big one.

Onec upon a time there was a little girl coled isebella. She was five years old. She had a mother and further. She was playing in the Garden. She feeds birds and uthore animols to feed.

She had a Pond in the Garden. there was a speshoulle Frog in the Pond. She was playing with her ball.

the ball went in the pond the Frog was getting the Ball for her.

he did a plan to Be best friends forevery but the princess kepped her promise every day.

so they did Be best Friends forevery. the next Morning isbella Went out in the Garden.

She sore the Frog that was her best friend.

Previous post...
A bird vandalising a car in London. But its not enough to get me on You've Been Framed. #BritishDadStuff