Introduction to Daddanomics - economics of being a tightwad dad. They're The Man. But you're The Daddy. #BritishDadStuff 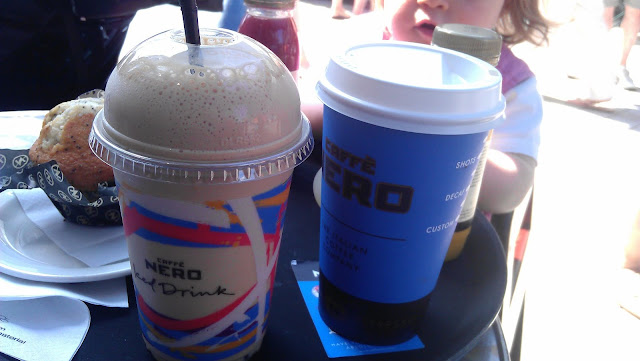 Daddanomics... the economics of being a Dad works like this.

"Last week, I worked for over two hours...
...so that I can earn the money that we are now spending here in Caffe Nero
with my family for less than half an hour."

It's called Daddanomics. The economics of being a tightwad dad.

I wish I could turn that part of my brain off.
But I can't.

I wish I could earn more money.
But I'm not.

Why can't I get paid, for just being with my family?

Or better, or worse... how can I get my family to spend less.

And just embrace the fact that I might just possibly be... a tightwad dad.

I've long since given up trying to be the Alpha Male in this situation.

It's like, I'm at the helm of an organisation... and cuts can always be made.
And the organisation won't exist if it goes bust.

That's my only job.

No-one else thinks it's my only job.

But it's my only job.

And, because of the Daddanomics, there'll always be a tension between being available to my family, earning the money, and spending the money with them. 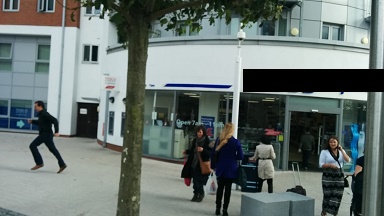 At the weekend, we went to the cinema and bought some sweets in the supermarket round the corner.

This is a heinous parenting crime.

Taking food or drink not purchased in the cinema.

But, weirdly, this store had every treat imaginable... every brand and flavour of sweets, chocolate, crisps and snacks... except popcorn.

Innocently, I asked a shelf-stacker where it was.

SHELF STACKER:
Oh sorry, they banned us from selling it.

ME:
(SMIRK) You're kidding.

SHELF STACKER:
No - the cinema's the only place allowed to sell popcorn on the whole complex.

ME:
(DEADPAN) You're kidding.

Now, I don't know if any of that is actually true.

But I want it to be.

(The retail park, supermarket and cinema chains all declined to comment.
And I'm not a journalist.)

Time was spent on this. Counsel was sought.

There are large organisations, involving contracts and lawyers... negotiating the exclusivity rights over a bag of popcorn.

They are The Man.

But I'm The Daddy.

And it gives me hope.

Because it means there are other Dads out there - like me - who are at it.

Got an example of some Daddanomics?

Previous post...
A picture of my new inner arm tattoo this week. #ArmTattooWisdom

Get these by email... will never give your address to anyone else, ever, ever. (Plus, you can unsubscribe.)
Posted by Neil Mossey at 09:50