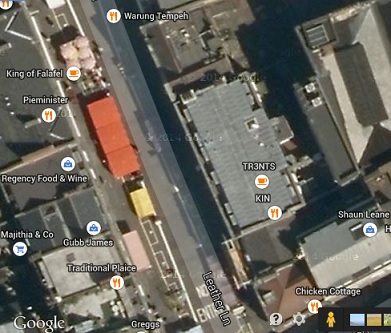 Sauntering down Leather Lane the other day - had someone right behind me yelling:

A bloke off a building site burst round me, all red face and hi-vis vest, shouting in my face.