- We’ve finally found a word for the Girls Bits - 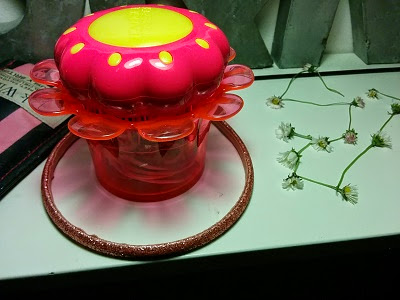 I’ve written this before:
The hardest part of being a parent is coming up with a word for Girls Bits.

A word that you’ll actually use.

That you’ll definitely encourage your kid to actually use.

This word is so laden with responsibility - on the one hand it’s got to be functional, but not feel like it’s vulgar.

It shouldn’t shy away from what it’s describing, and it shouldn’t demonise - Girls Bits. (This is how hard it is - I have no idea where to start putting the apostrophe in there).

We even tried “Girls Bits” - but that seemed daft having the girl herself say Girls Bits.

My family’s word “Mary” didn’t seem right - having a real person’s name seems wrong - like it personifies the... bits. Though it always makes me smile when Dad calls Petroleum Jelly “Mary Cream”. (as in, with the bonnet open referring to the battery terminals: “I’ll put a bit of Mary Cream on those...”)

We’ve left it so long, she’s taken it upon herself to call it a “willy”
(Why the name rule doesn’t apply there, I don’t know... there’s no logic to this). But there are times now where we need to make the distinction.

So we ended up with Fanny.

ME:
Fanny. (POINTING - LIKE THE CAVEMAN PLAYED BY TERRY SCOTT IN THAT CARRY ON MOVIE).

ME:
This is your Fanny.

So there it is.

Previous post...
Working on Bank Holidays is bad for morale - DAD LESSONS FOR MY KIDS